This is a lens attachment called Soratama. You could take photos like these by using Soratama. 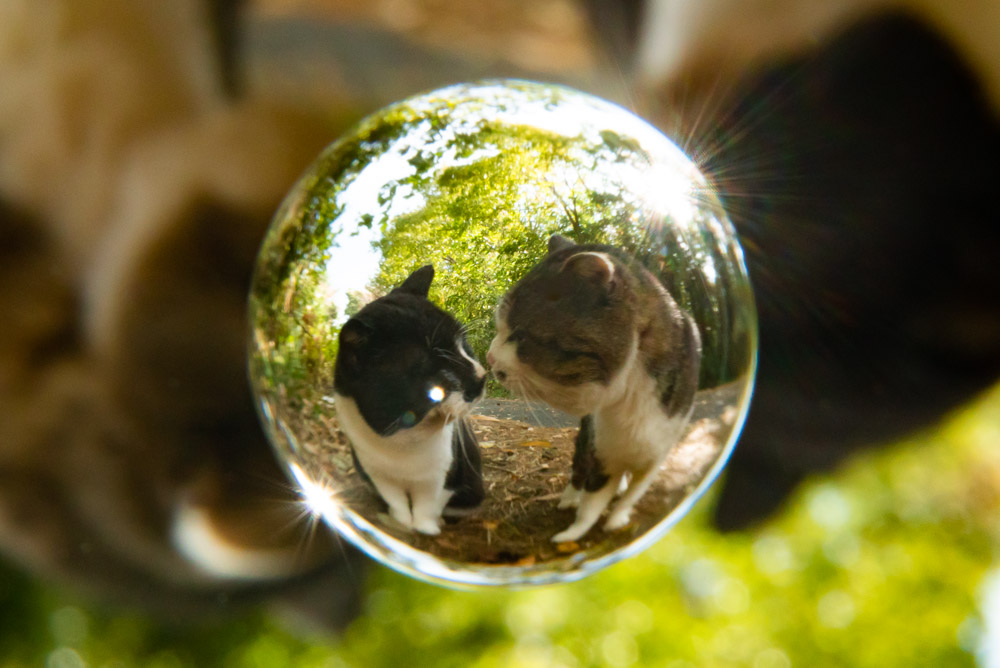 A transparent sphere in the lens attachment enables you to take photos of a transparent sphere floating in the air. “Soratama” means “aerial ball” in Japanese and I invented this in 2009. I first used a Chipstar package (potato chip package like Pringles) and shared how to DIY it. After that, a release version “Soratama 72” was launched. Currently, Soratama for smartphones and underwater use are also on sale. 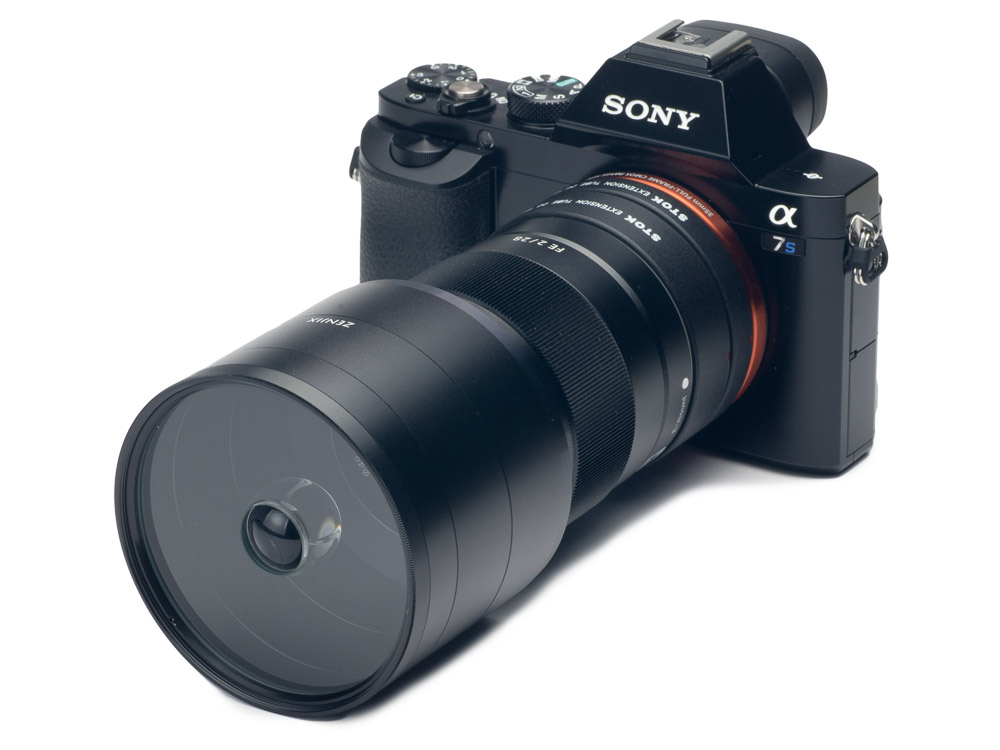 I call myself an experimental photographer and have been experimenting with many types of photography. For example, creating a bellows lens and a shaking amplifying device. 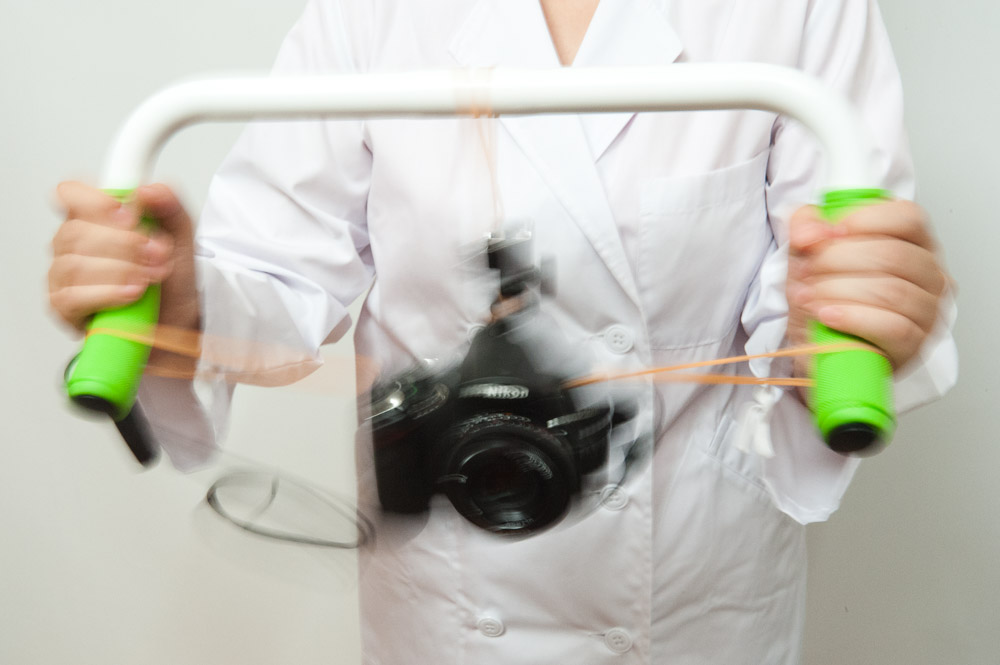 I came up with the idea of Soratama when I was using a clear sphere as an alternative lens. In the early days, the clear sphere was attached to a black plate which made the background image black. 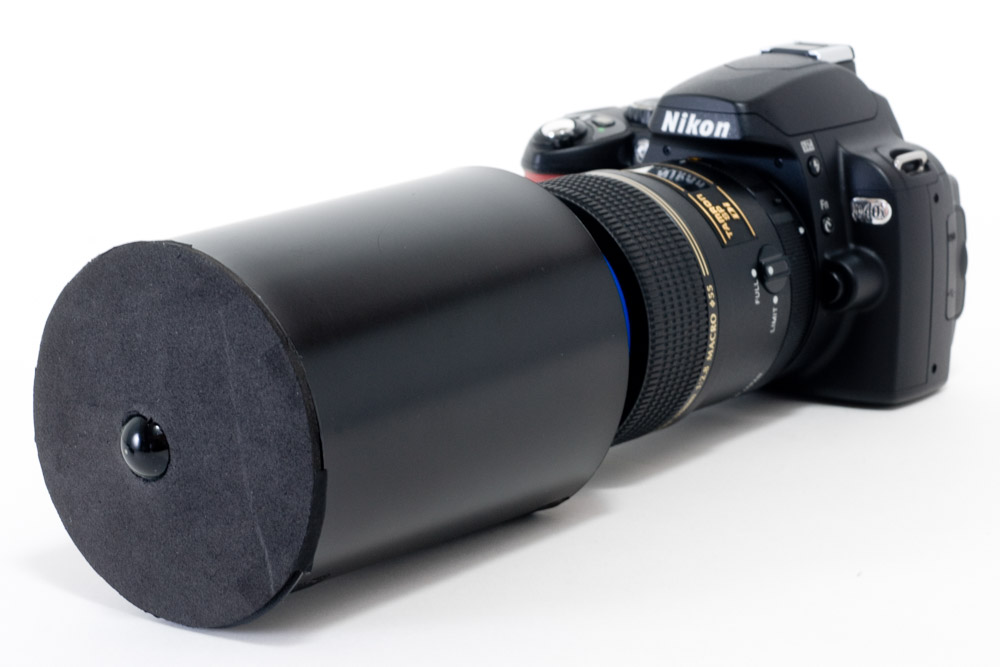 One day, I wondered if I could take the background image at the same time, and started experimenting. The first step was to bring two pieces of thin clear film and poke a hole in them so the sphere could be placed in between. However, this didn’t work well because the boundary between the sphere and film reflected on the picture. 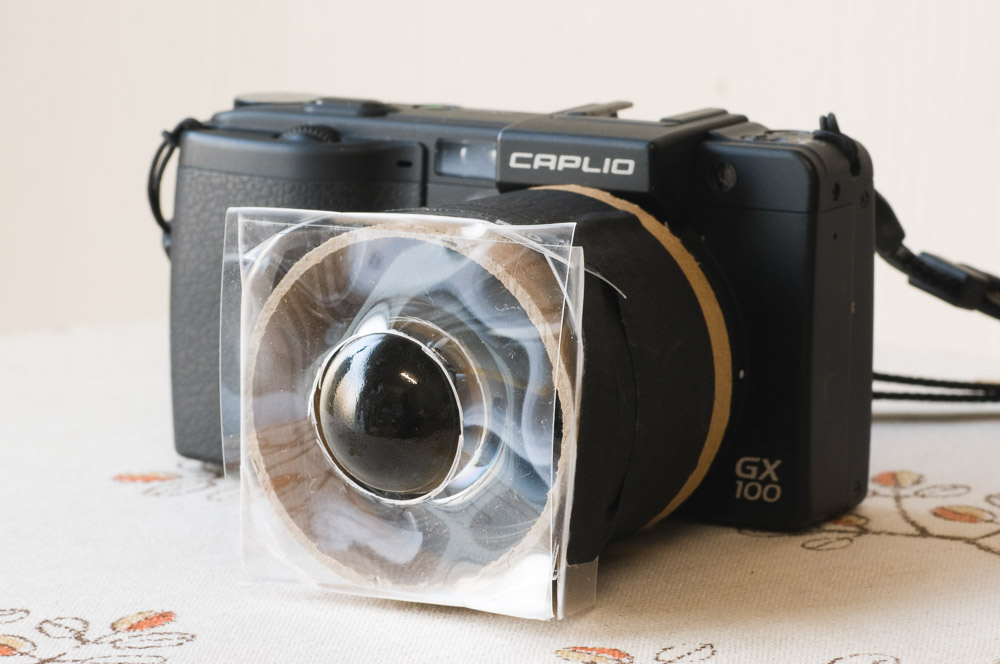 In order to solve this problem, I came up with the idea of gluing the sphere onto a clear acrylic plate. By photographing from the side from which the sphere stuck out, I was able to get rid of the boundary. 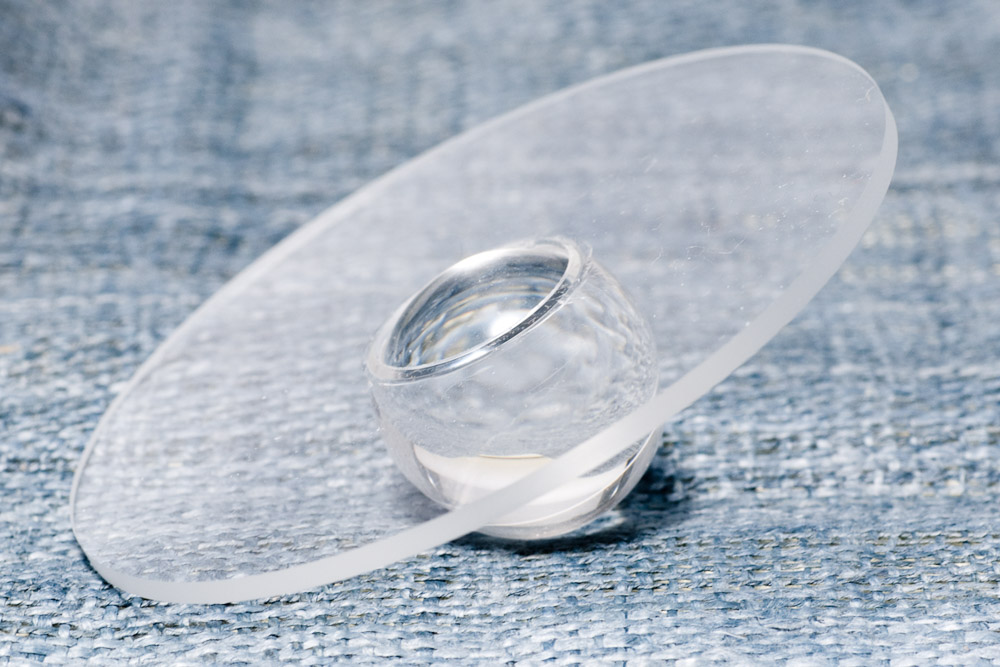 After introducing this DIY, many photographers started enjoying taking Sortama photos. However, this handmade lens using a potato chips package seemed a little cheap, and the acrylic plate soon got dusty because of static electricity.
Then, I finally got to the point of fixing an optical glass ball onto a filter made of glass.
This completed the high-quality Soratama lens attachment. How to set up

In order to shoot with Soratama, it is necessary to take a close-up shot of the image on the ball.
This requires a macro lens or close-up ring.

If a 1x macro lens is used, a 20mm diameter transparent sphere can be magnified.
Also, if you want to shoot with a normal lens, you need to use an extension tube. 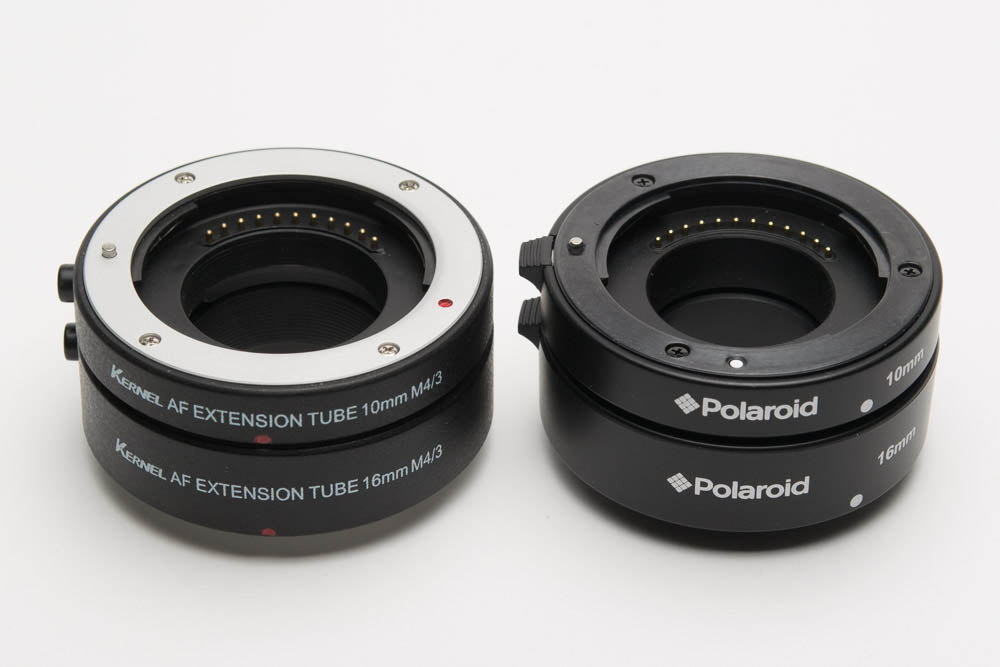 Lenses with a focal distance of 24–50mm (35mm equivalent length) are recommended when using Soratama 72.

In order to shoot the sphere in an appropriate size in the photo, it is necessary to adjust the distance from the lens by the focal length.
When using a telephoto lens, the transparent sphere must be spaced even further from the lens, which increases the length of the extension tube and places a burden on the lens. 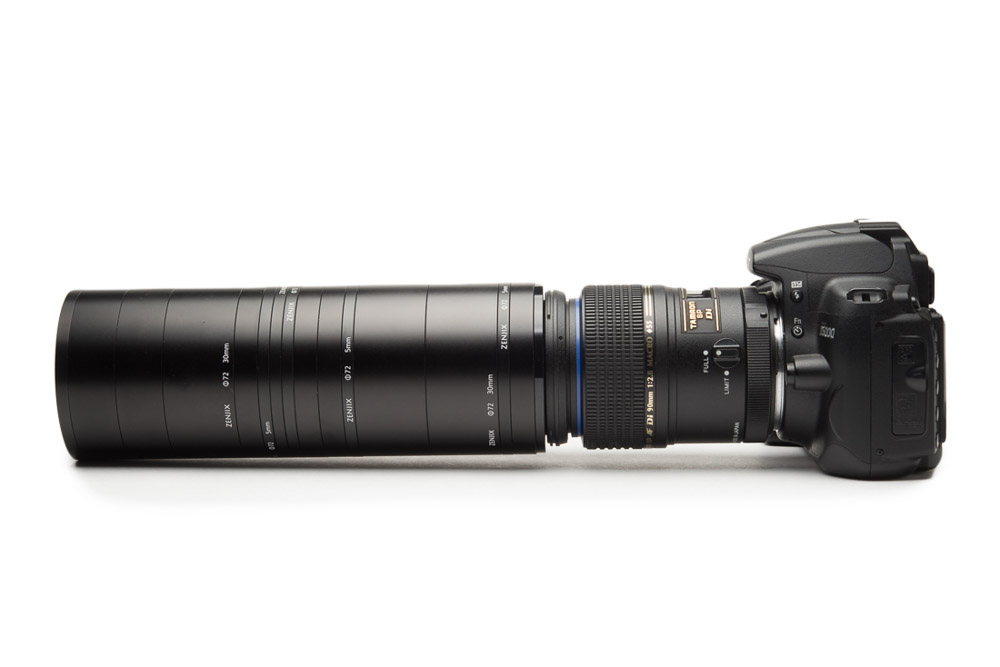 The length of the lens tube could be adjusted with Extension Tube 72. However, this is too long and is not recommended. 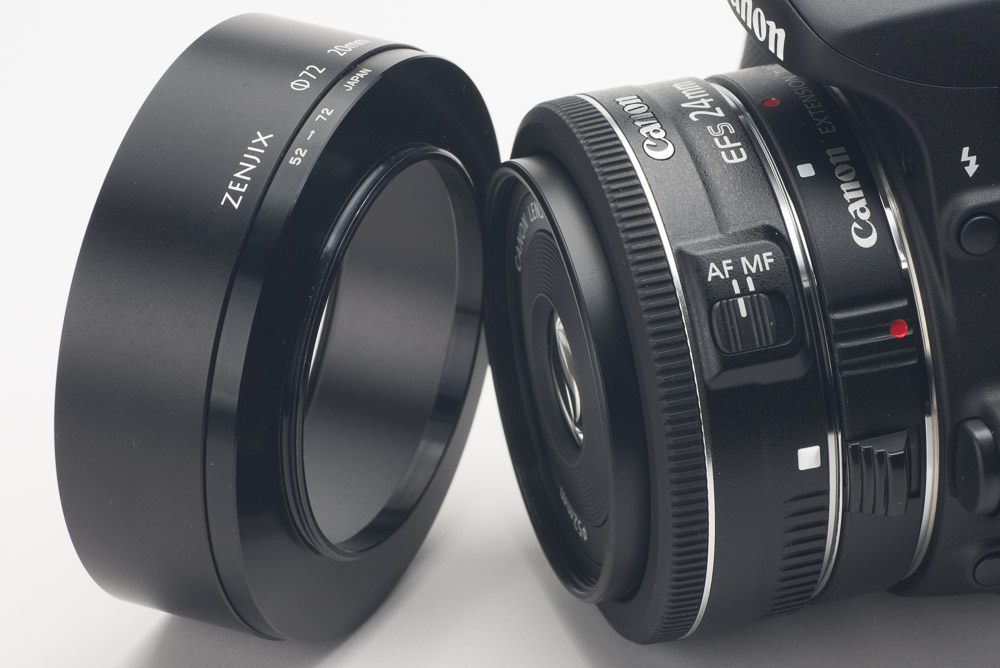 Since the image looks upside down inside the ball, rotate the image after shooting it.

The biggest point in Soratama photography is the aperture value. When the aperture value is increased, the depth of field gets deeper, and the center sphere becomes clearer. In addition, the background will be less blurry.
On the other hand, the depth of field gets shallow and the background will be blurred when the aperture value is decreased. However, the edge of the center sphere will also be blurred. For this, you have to choose whether taking priority over making the sphere clear or blurring the whole image.

The suitable sceneries for shooting with Soratama include objects with high color or tone contrast and objects that emit light such as illumination. 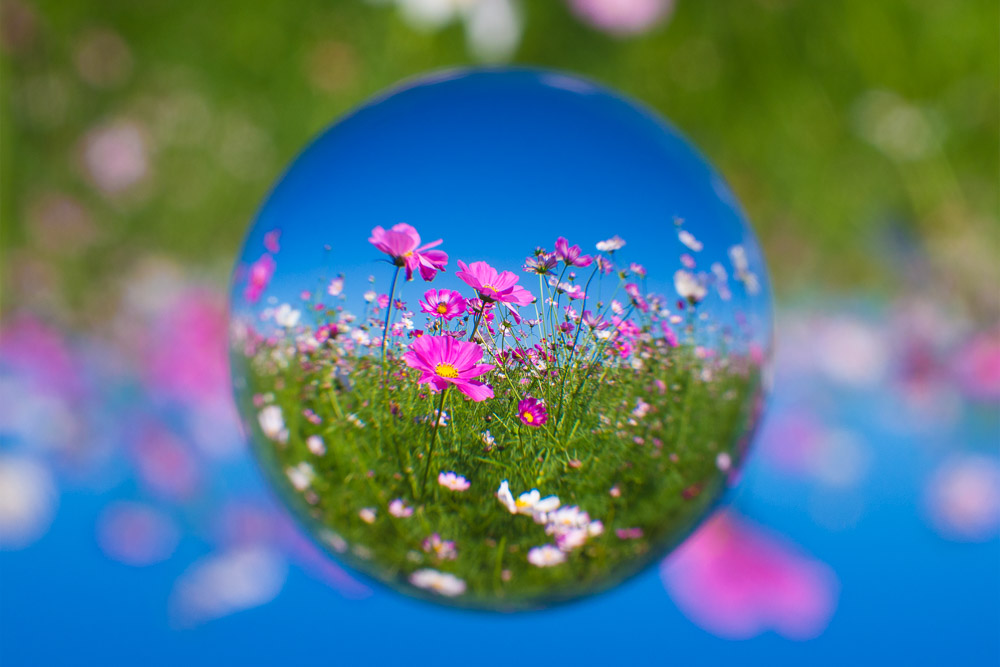 The two images, inside the sphere and on the background, which is upside down 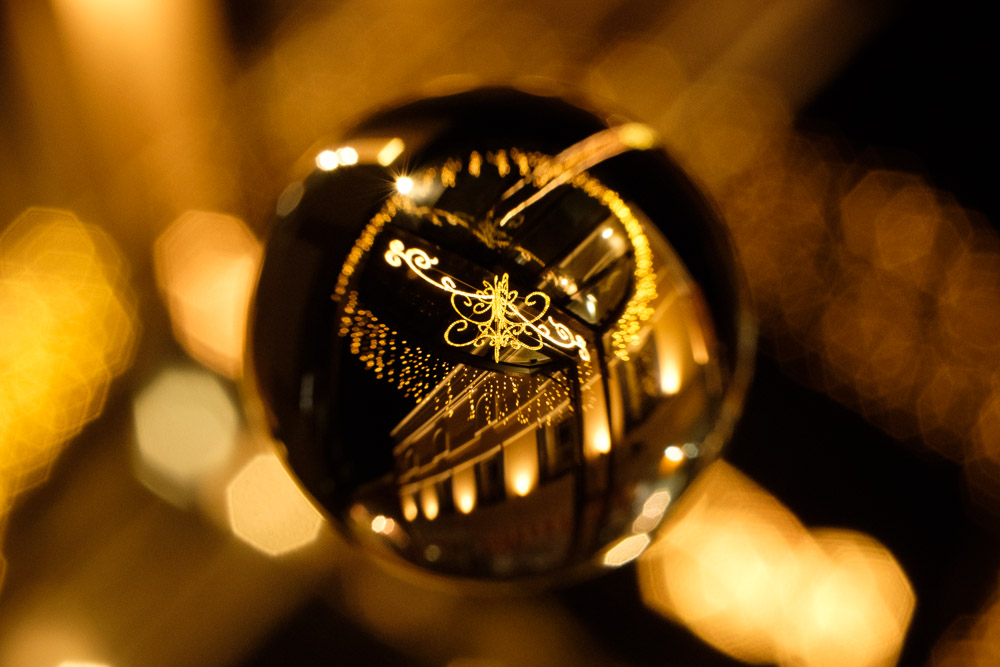 Objects which emit light are also beautiful for background images 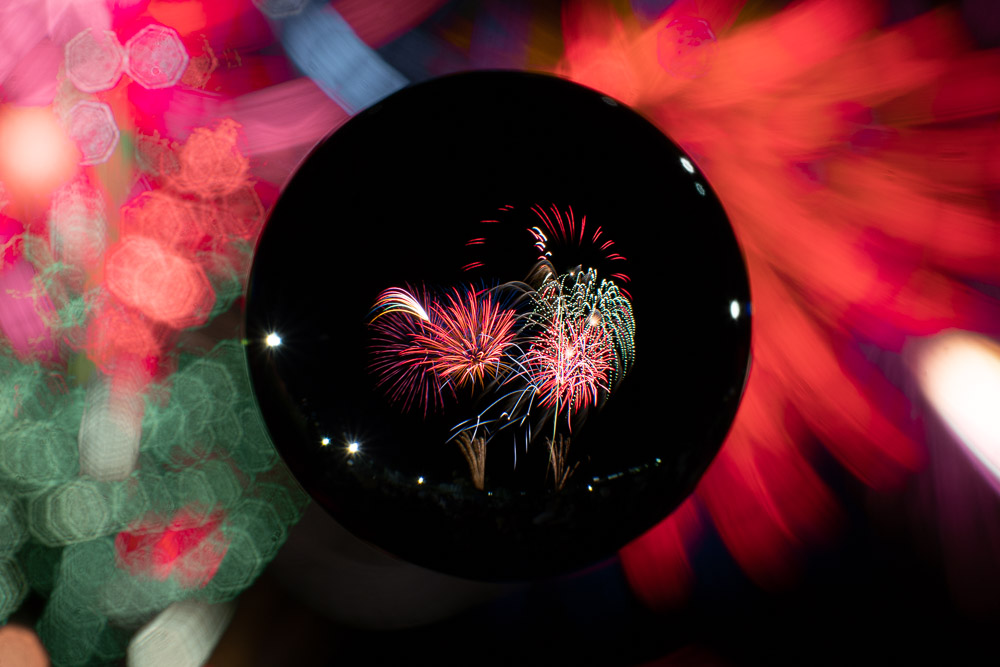 Confining beautiful fireworks in the sphere Also, if you shoot a movie, it is interesting because the movement will be the opposite on the inside and outside of the ball.
As an example, the sun setting inside the ball goes up on the actual outside.

Anyways, there are no rules to shooting with the Soratama, so feel free to experiment!