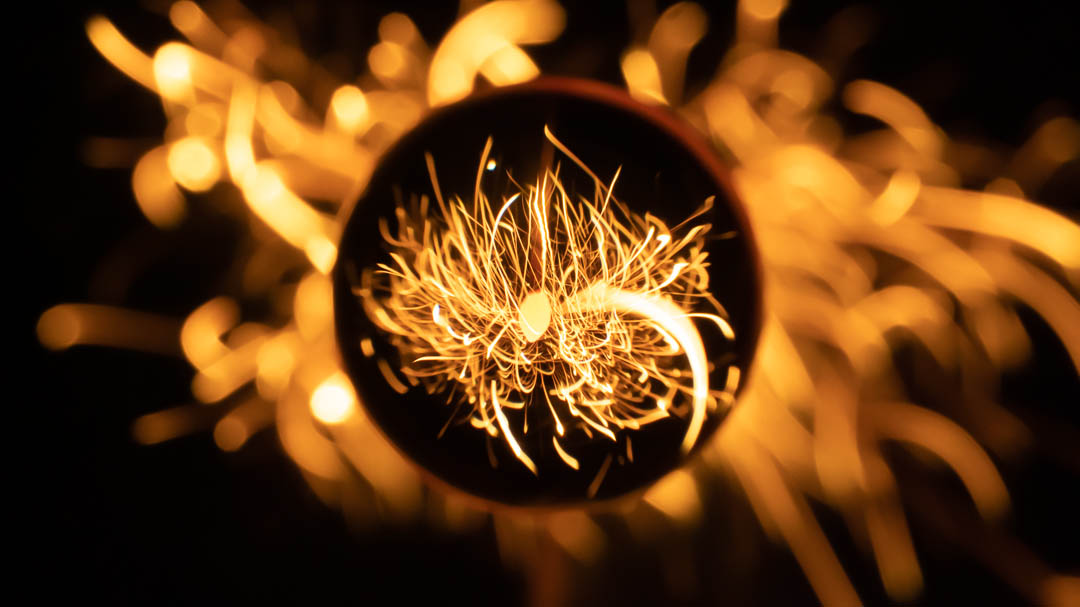 The “Hanabi” are fireworks, and I photographed a traditional Japanese sparkler (Japanese name: senkou-hanabi) using the Soratama.

These fireworks are sensitive to movement, so if you don’t hold them still, the ember will fall off and the fire will go out.
They are popular because it takes a knack to handle them and the delicate and fragile nature of their appearance.
However, if you can successfully continue to the end, you can enjoy the change in form of the sparkles as they progress through four different stages. These stages each have a name.

The name of each plant is familiar to the Japanese, starting with the glossy peony which represents youth, and ending with the chrysanthemum, whose petals finally fall off in representation of old age.
In one sparkler, there is introduction, development, turn, and conclusion.

Several of the sparkler I photographed this time were made by myself.
I took part in a workshop on firework making, which involved rolling up the gunpowder in thin paper. It didn’t wind up very nicely, but I actually made my own fireworks and photographed them, so I love them.

One of the interesting things about shooting sparkler is that you can take pictures of things that you didn’t anticipate. It changes shape moment by moment, but you can’t capture it with your eyes exactly, and even if you think it’s good and click the shutter, what you get is another moment that’s a just a little bit later.

Also, I’m shooting at such a close distance that sparks are pouring into the lens, which creates a sense of dynamism and power.
In this regard, the sparklers beat the aerial fireworks.
My goal is to capture the subtlety and power of the sparkler inside a transparent ball. 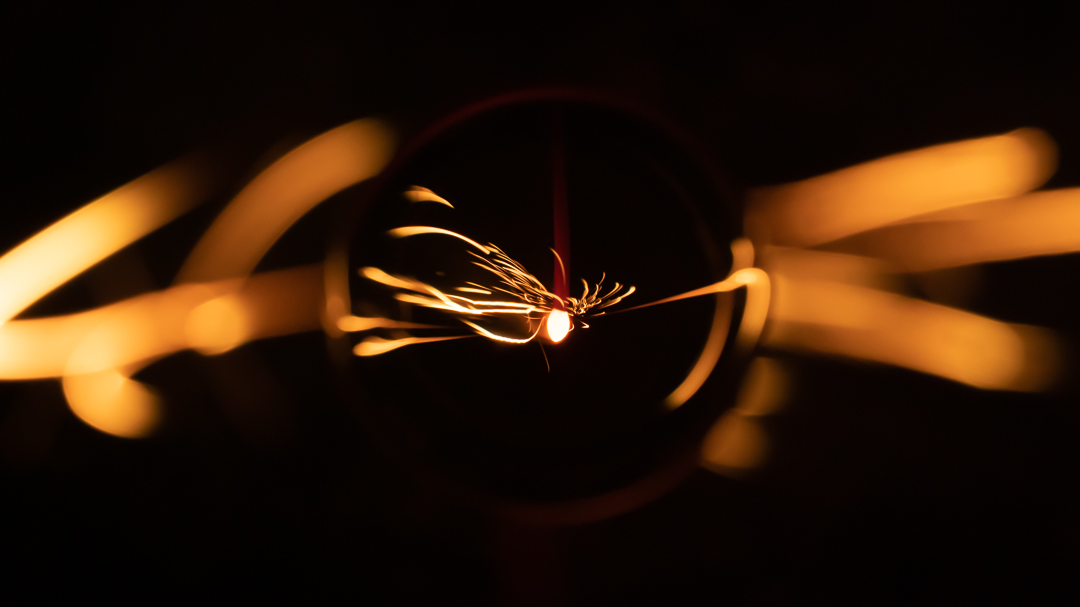 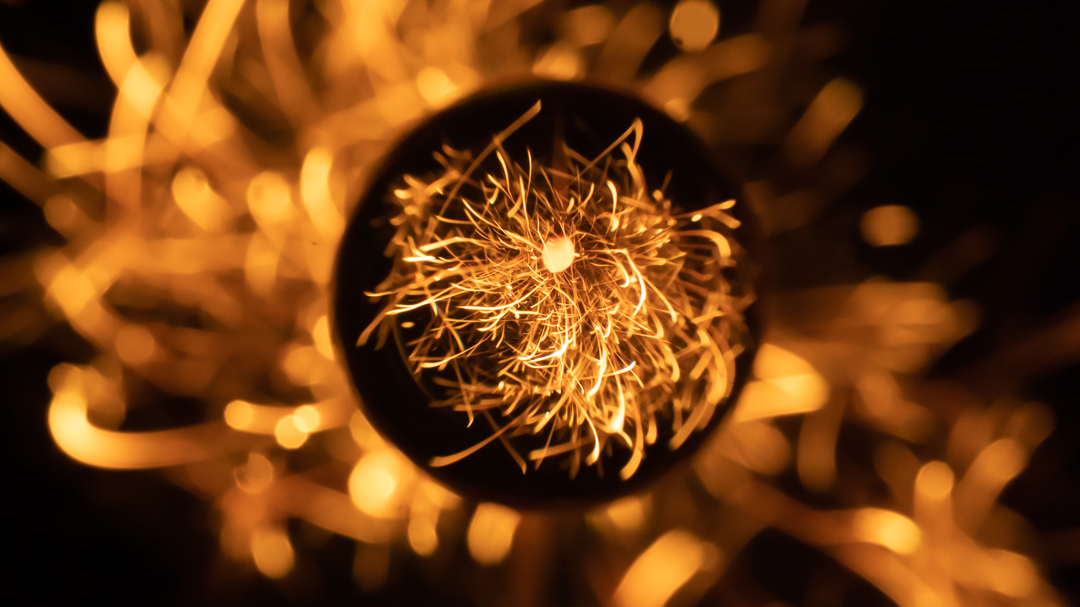 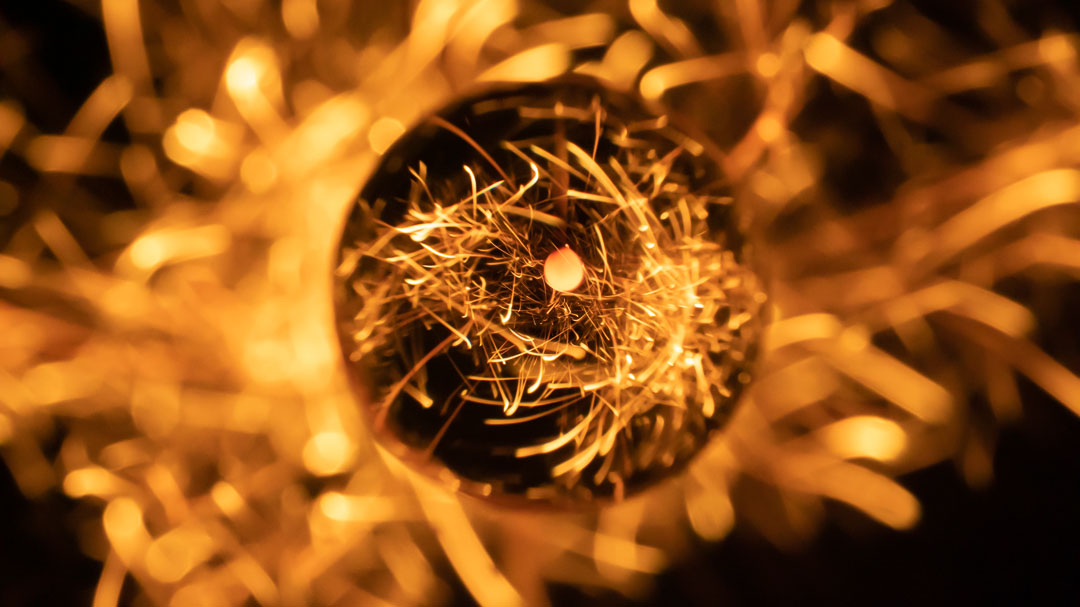 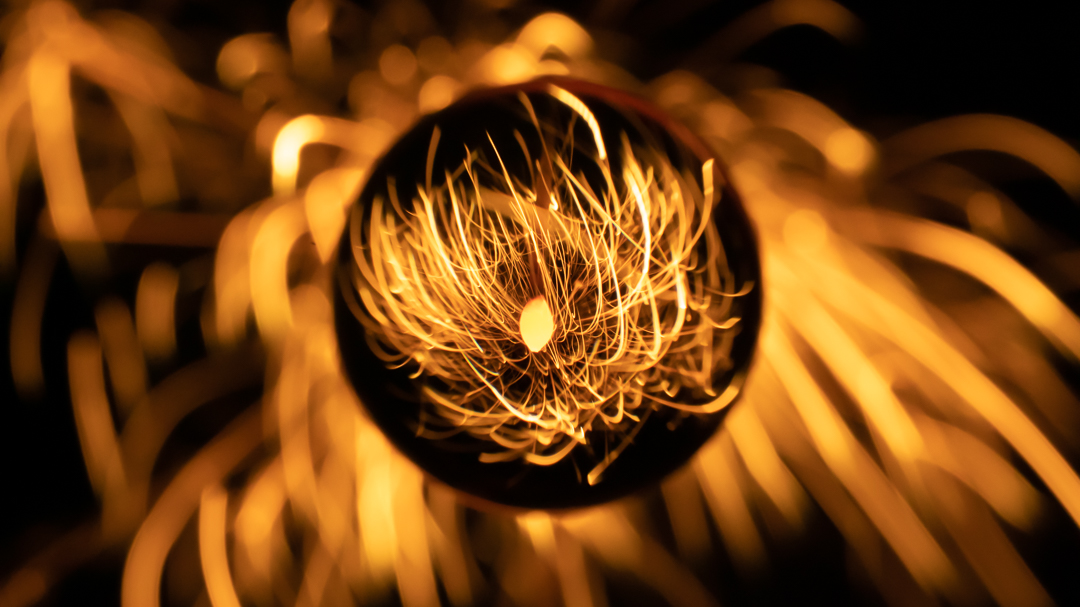 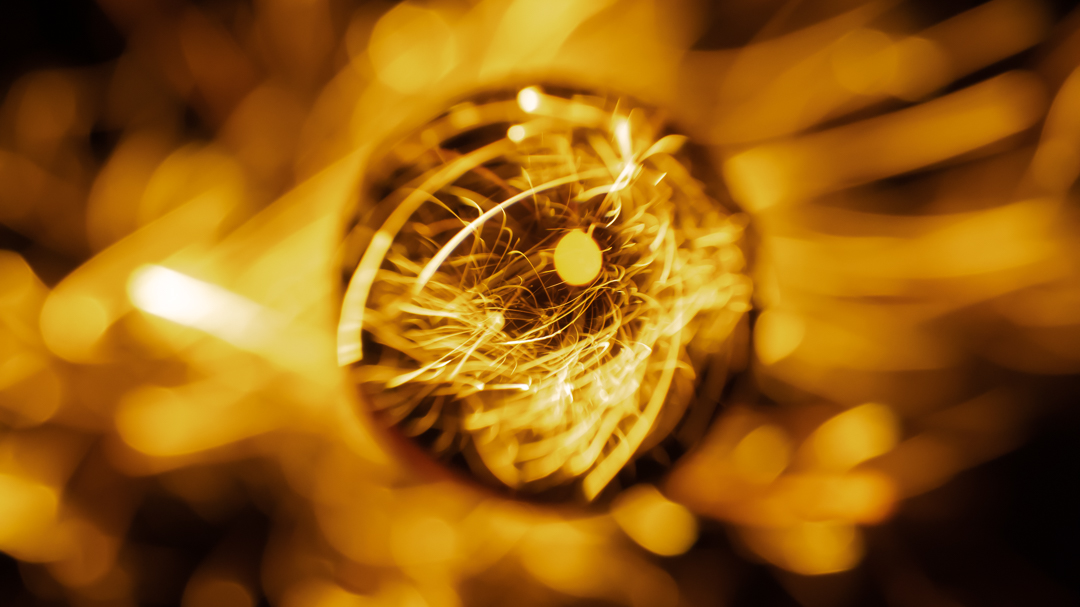 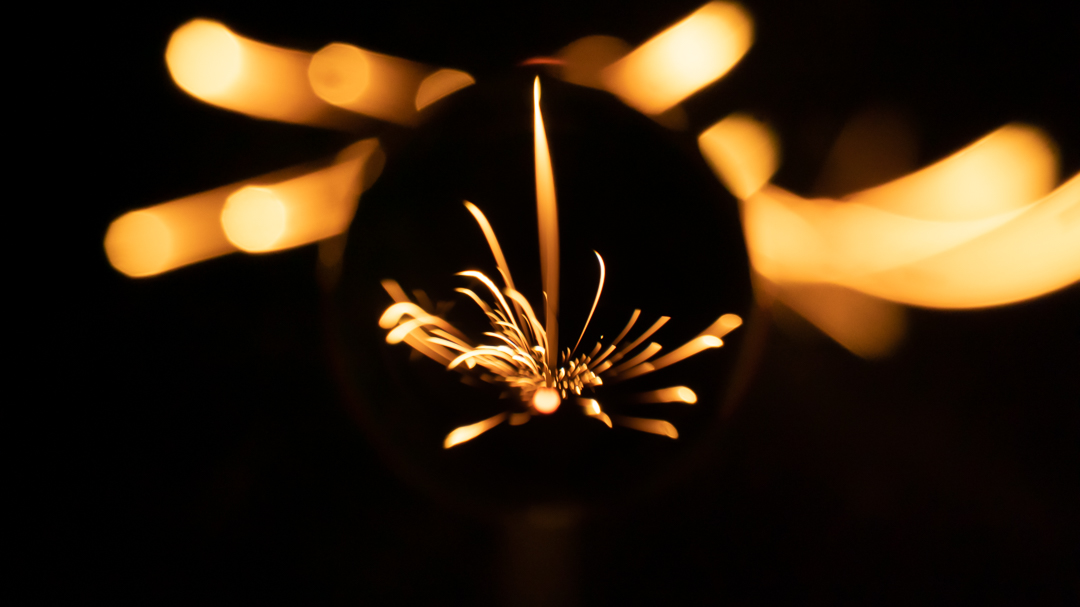 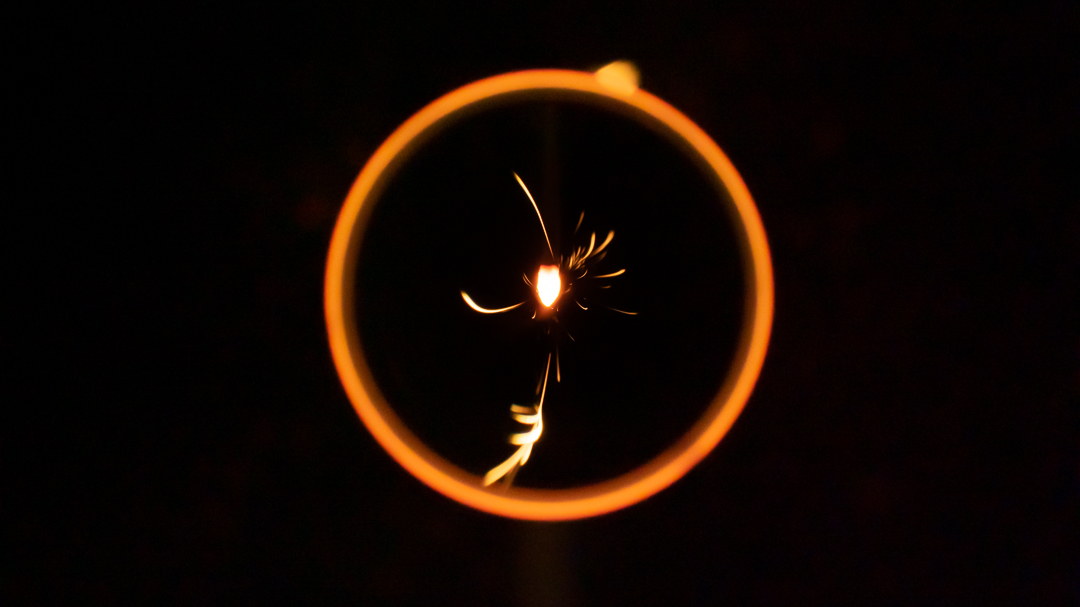 I used a macro lens with a focal length of 70mm.
Normally I would use a standard or wide angle lens, but I used this lens because I wanted to include a large firework exploding in the background.
The disadvantage of this is that the distance from the tip of the lens to the Soratama must be increased and the extension tube must be a long one.

I dangled the sparkler on the end of an arm extended from the camera.
However, as the sparkler burns and becomes shorter, the subject gets displaced, so the height of the sparkler can be adjusted with a macro focusing rail slider.

I use reverse-action tweezers to hold the sparkler in place.
Normal tweezers pinch things when you press them with your fingers, but these ones are designed to open when pinched.
This means they can hold things when you’re not pinching them.

Focus, exposure and color temperature are all manually operated. They are adjusted as they are tested. 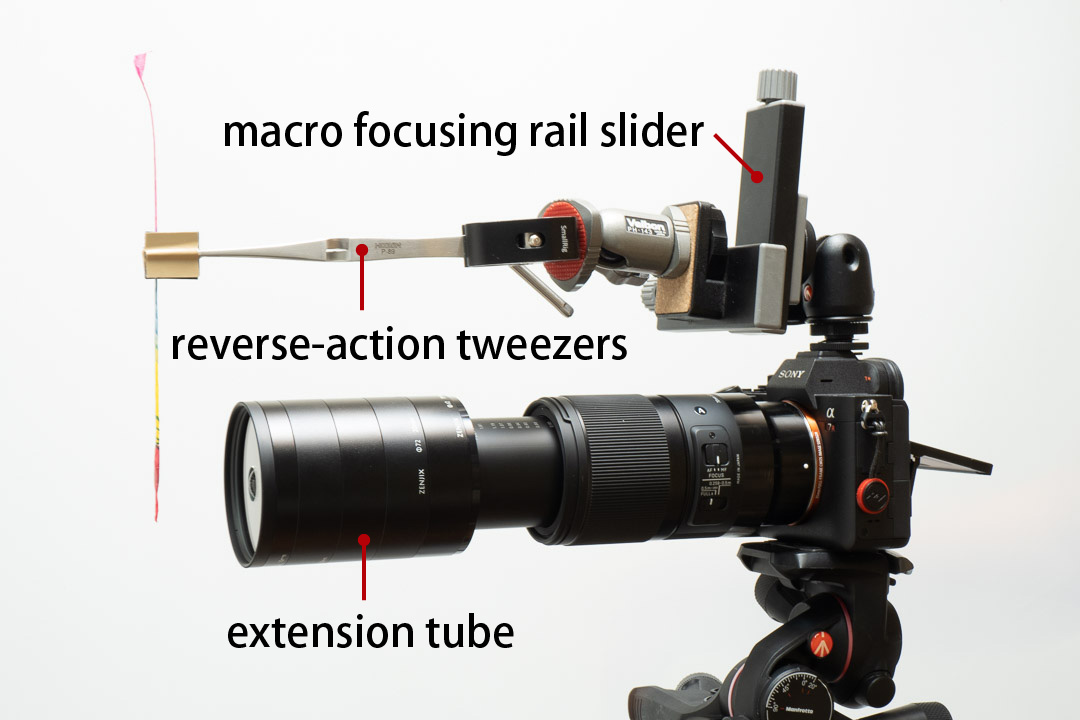 The workshop was taught by Tsutsui Tokimasa Fireworks co.,ltd in Fukuoka Prefecture.
The Fire Works Laboratory also has a collection of texts on sparklers.
The sparklers you see most often are cheap products made overseas, but the products made with traditional Japanese technology are beautiful and run for a long time.